You are here: Home / Museum

Stories and updates about all the museums. 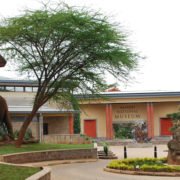 The Nairobi Snake Park was started in January, 1961 to meet a popular attraction and to provide a research facility on reptiles, and breeding of snakes.

It serves as rescue and rehabilitation centre for reptiles (abandoned, confiscated or legally or illegally collected), as well as dissemination of information to the public. Located at a serene environment with a spacious compound, the Snake Park is an ideal place for relaxation by visitors to enjoy the cool breeze.

Join us and get a rare opportunity to, handle non venomous juvenile pythons, house snakes and tortoise (hatchlings), with the help of a snake expert.

We will also have a guided tour of the snake park and aquarium, and get a chance to learn on how to handle various snakes when you encounter one.

There are limited places available. Make your bookings and payment by Wed 31 Jan

Proceeds made will go towards development of the NMK’s various projects. 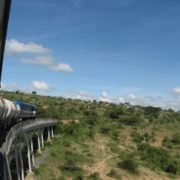 A fun train to Magadi. This is an old-fashioned train that chugs along through beautiful scenery; the final descent to the lake is particularly breath-taking.
Magadi Soda Company owns the town. It must be the cleanest and most orderly town in Kenya. The company has an interesting history. If no one can be found to give us a talk, a synopsis of their history will be handed out. Lunch at the Magadi club and overnight at their tented camp. Though the area is stark and arid both the camp and the club have plenty of trees and lawn and the tents are air-conditioned!

Swimming- the club has a large swimming pool and a bar.
Weather- dress light and carry a swimsuit. You can also plunge into the hot springs at the lake.
Game- you will see mostly plains game. At the lake you see flamingos and other water birds.
Carry some drinking water and snacks to enjoy on the train. 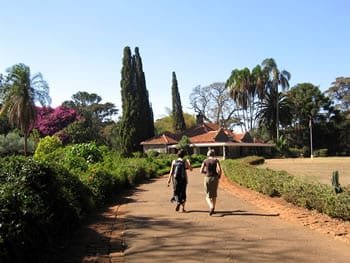 The Karen Blixen Museum was established in 1985 to commemorate the life of Baroness Karen Blixen, the talented Danish author, poet and farmer. Karen Blixen is the author of several books including the famous “Out of Africa” later documented into a movie with the same title. Karen Blixen lived in the Museum house, Mbogani as it was then known from 1917 to 1931.  She sold the house with the 6000 acres she owned to a land developer in 1931 when she left Kenya. The land developer split up the property into smaller acreage to create a housing estate which he named Karen after its previous owner. Mbogani house also changed named at time to Karen house. The house was rented out and later sold to a retired Colonel Lloyd who lived here until his death in 1954.  His daughter occupied the house until 1959 when it was bought by the Danish Government to present it to Kenya Government as a gift to mark the occasion of its independence in 1963. Included with the gift was a grant to build a centre for young women. Karen house was then used by the new college to accommodate the matron when it opened doors in 1966 until 1972.

At about the same period, Karen’s literary works had captured the readers, a number of her admirers were already visiting Karen house, and the idea of converting the house into the museum had been born, however due to tasks involved this took several years.  The National Museums of Kenya (NMK) had considered prospects of developing Karen house as a museum by 1970 but limited funds could not allow.

The museum presents a glimpse of the life of the talented author and farmer through, photographs, paintings and displays of furniture and a Library of books.  There is a unique collection of agricultural tools, ploughs, wagons, coffee driers and first generation tractors that provide an insight into early twentieth century agriculture, technologies and transportation of goods. Three hundred bags of coffee were hauled by oxen from Karen Blixen’s farm to the Nairobi railway station from where they went to Mombasa for shipping.

During the 25 years celebrations, the museum will be taking stock of its activities, and looking into ways of expanding and bringing out more stories of Kenya’s early history.

Karen Blixen was born in Denmark in 1885. She came to Kenya in 1914 to join her fiancé Baron Bror Von Blixen and they got married here on the second day of her arrival. Baron Bror Von Blixen had preceded her to buy a farm to rear Dairy cattle, but this plan changed, instead they engaged in coffee farming. However, the coffee farm did not do well due to unsuitable climatic conditions: – acidic soils, insufficient rainfall, high altitude, and other factors whicih included poor returns due to the world 1930 recession. Karen Blixen faced many challenges in Africa but her spirit never died; she suffered poor health, a failed marriage which ended in divorce in 1925 and the collapse of the coffee farm which left her bankrupt. Karen had invested so much in the farm: her heart was here, the welfare of her farm workers was in her, she kept on trying every year hoping that the returns would improve but this was never to be.

Looking back on her life in Africa, Karen Blixen felt “that it might altogether be described as the existence of a person who had come from a rushed and noisy world into a still country”. Karen Blixen returned to live with her mother at the family home in Rungstedlund Denmark where she spent the rest of her days. It was at this stage in her life that she seriously started her literary career. Her first book “Seven Gothic Tales was published in America 1934, where it received the “Book of the month” award. “Out of Africa” was published in 1937. Karen continued to write a number of successful books and articles right up to the time of her death in 1962.

The Museum is most grateful to the Danish Government for the initial idea and donation of the property. NMK is also indebted to a number of Contributors over the years. Among them the Rungstedlund Foundation for the photographs in the building, the Kenya Museum Society which has made significant contributions to the Karen Blixen Museum over the years notably for: -restoration of the furniture, construction of lavatories and gate.  A number of Kenya Museum society members also donated a number of books and volunteered their time towards Museum activities. The first Museum guides were trained by KMS one of them is still with the Museum to date.

The Museum is located 16 Kilometers from Nairobi City Centre, it is accessible through both the Ngong and Langata roads, the Museum is at the end of Karen road.